My short story, Leaves, Trees, and Other Scary Things, is included in the 2017 YOUNG EXPLORER'S ADVENTURE GUIDE. 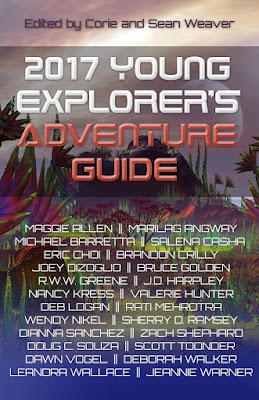 What's it like to be a space station detective? To be homesick for Mars? What do you say when your robot gets you in trouble?

Join the adventures of a diverse cast of characters in this year's Young Explorer's Adventure Guide, featuring award-winning writers alongside great new voices. If you're lucky, you might even learn how to raise a dragon from a chicken egg or where to find the best space treasure.

Offering just the right amount of imagination,
humor, and contemporary nuances to engage
young readers, this is a must-have in science-fiction
collections serving middle graders and teens.
~ Kirkus Reviews

My short story, Prina and the Pea, is included in CIRCUITS AND SLIPPERS, published September 2016. 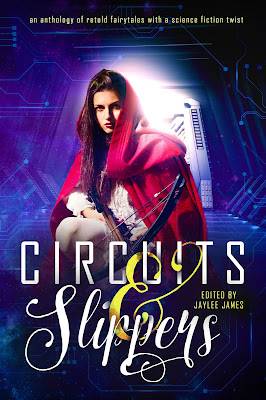 A collection of retold fairy tales with a science fiction twist.

Rapunzel is a soldier, the last remaining member of the human race, locked in a zoological tower on an alien planet. Doctor Belle must remain in quarantine with a powerful politician who has contracted a beastly disease. Jack sells his arm for a chance up the Stalk, the space elevator he hopes will take him to his fortune.


These twenty stories will take you across the galaxy, exploring new technology alongside aliens and cyborgs, princes and evil stepmothers, and telling your favorite classic tales like you've never seen them before.


My short story, The Mad Scientist's Daughter, is included in BRAVE NEW GIRLS: TALES OF GIRLS AND GADGETS, a YA science-fiction anthology, published June 2015. 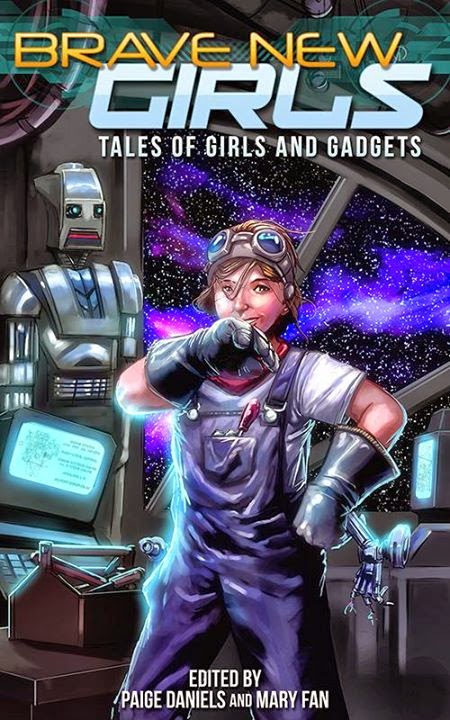 This collection of sci-fi stories features brainy young heroines who use their smarts to save the day. Girls who fix robots and construct superhero suits, hack interstellar corporations and build virtual reality platforms. Who experiment with alien chemicals and tinker with time machines. Who defy expectations and tap into their know-how—in the depths of space, or the bounds of dystopia, or the not-too-distant future—to solve despicable crimes, talk to extraterrestrials, and take down powerful villains.

All revenues from sales of this anthology will be donated a scholarship fund through the Society of Women Engineers. Let’s show the world that girls, too, can be tomorrow’s inventors, programmers, scientists, and more. 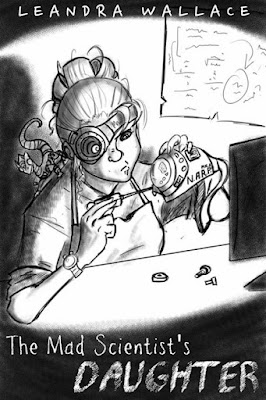 Sixteen-year-old Viala Chesney keeps her inventions a secret. Because when you're the daughter of a mad scientist who committed murder, it's better that way. The last thing she wants is for people to think she'll turn out just like her father. Not that there are many places to hide when you live on a starship.

Starved for company, Viala invents a way to talk to a boy left in a coma following a shuttle crash. But what she discovers leads her to stumble upon a plot that endangers everyone aboard the ship. And it's up to her to stop the threat - before it's too late.